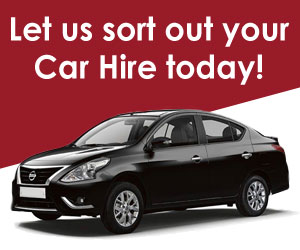 South Africa is one of the most diverse and enchanting countries in the world. Exotic combinations of landscapes, people, history and culture offer the traveller a unique and inspiring experience. Here are some quick facts to get you started.

South Africa is located on the southern tip of the African continent, bordered by northern neighbors Namibia, Botswana, Zimbabwe and Mozambique. It encompasses the independent mountain kingdoms of Lesotho and Swaziland and is flanked by the Atlantic Ocean on the west and the warm Indian Ocean on the east – giving the country its spectacular biodiversity.

South Africa occupies 4% of the continent’s total landmass, covering an area of 1 221 040 square kilometers. The country is five times larger than Great Britain and three times the size of Texas.

South Africa enjoys a temperate and pleasant climate, with lovely warm sunny days most of the year. The seasons of the southern hemisphere are opposite to those in the northern hemisphere so our summers runs from November to February, when most of the country is characterized by hot weather. Winters are generally mild and dry. South Africa enjoys one of the world’s highest average daily hours of sunshine – 8.5 compared with 3.8 in London, 6.4 in Rome and 6.9 in New York.

For daily and long-term forecasts for South Africa, visit www.weathersa.co.za.

South Africa is home to some 43 million people – a colorful population as diverse in makeup as the country’s geography is varied. Almost 77% are black (or African), 11% white and 9% “colored”, the local label for people of mixed African, Asian and white descent. Just over half the population live in the cities. Three-quarters are Christian and most of the other major world religions are represented here.

There are 11 officially recognized languages, most of them indigenous to South Africa. English is one of these, and everywhere you go, you can expect to find people who speak and understand it. English is the language of the cities, of commerce and banking, of government and official documents. Road signs and official forms are in English. The President makes his speeches in English and at any hotel, the service staff will speak English.

The currency unit is the Rand, denoted by the symbol R, with 100 cents making up R1 (one Rand). Foreign currency can be exchanged at local banks and Bureau de Changes. Most major international credit cards such as American Express, Diners Club, MasterCard, Visa and their affiliates are accepted for most purchases.

How long is the travel time to South Africa?
When is the best time to visit South Africa?
When are your peak seasons?
Can South Africa guarantee winter sun?
What are the most popular choices of activity or itinerary, and why?
How reliable is the infrastructure in your country?
Does South Africa have big cities with modern amenities?
How easy is it to meet and mix with South Africans from all communities?
What about mobile phones and phoning home?
What about apartheid?
Are there modern banks?
How far will my money go?
And the animals?
Will I see the big five?
What is the difference between the National Parks and the Private Reserves?
Where can I see game in a malaria-free area?
Can I visit a game park on my own?

How long is the travel time to South Africa?

South Africa is served by more than 70 international airlines and our national carrier, South African Airways, flies to many destinations in Europe, North and South America, Asia, Australia and New Zealand. So we are never more than a flight away if you are on a major international air route. The flights from Europe are generally overnight and just a sleep away – an aperitif, dinner, sound sleep, and a good breakfast and you’re in South Africa! The direct flights between the USA and Johannesburg or Cape Town are about 15 hours, and flights between London and Johannesburg take about 12 hours. For more info, check out www.flysaa.com.

When is the best time to visit South Africa?

South Africa is a fabulous all year-round destination so when you visit depends on the activities you would like to do. The best time for game watching, for instance, is early spring (August to October). The southern right whales can be seen off our coasts from about mid-July to the end of October, and the humpback whales from August to December.

The diving is generally best from April to September, and so is the surfing, but these activities are by no means limited to these periods. Flowers are at their best in August and September in the Southern Cape. River rafting is better at the end of winter in the Cape; and in summer (late November to February) in KwaZulu-Natal.

In Mpumalanga and Limpopo provinces, activities are not quite as time-dependent but spring and autumn are best for hiking since summer can be very hot. If you want to lounge on the beaches, midsummer is the best time to do so, though bear in mind that everyone else will be there too. The beaches of KwaZulu-Natal are warm and sunny, even in midwinter.

When are your peak seasons?

Many of the best areas to visit can be quite busy in peak season. For example, the coast tends to be a bit crowded around Christmas and New Year, when all the schools are on holiday, the universities are out and many local people take their annual leave. So, if you’re looking for peace and quiet – this is not the time to visit.
Another major peak is over Easter – when the schools are also on holiday and, once again, many people take their leave so they can spend holidays with their children. A major advantage of travelling out of peak season, of course, is availability of special out of season deals.

Yes! South Africa experiences one of the highest numbers of “sunshine hours” per year of any country worldwide.

What are the most popular choices of activity or itinerary, and why?

First-time visitors generally spend a short stay in Johannesburg and Pretoria, Gauteng, where they can visit the world famous African township of Soweto and experience a truly cosmopolitan culture, bustling with an urban rhythm that can be found in the nightclubs, theatres, restaurants and people. Then they will head for the bush regions, such as the Kruger National Park, for a wildlife experience, and probably spend some time in the Western Cape, more specifically Cape Town and the fantastic Garden Route.

How reliable is the infrastructure in your country?

The infrastructure is very reliable and of a world class standard – except in some very remote rural areas, not frequented by tourists. The road network is superb and well maintained. In recent years major toll roads have opened, making driving long distance even easier. Accommodation establishments in South Africa are world class, so whether your client requires accommodation in a hotel, guesthouse or lodge, we have it all.

Does South Africa have big cities with modern amenities?

There’s more to Africa than lions. Johannesburg sprawls wider than London or New York. The lights work, the water flows, there are multi-lane highways and – unfortunately – traffic jams. You can book into a Hilton or a Hyatt or a Holiday Inn and eat at cosmopolitan restaurants serving anything from sushi to burgers to crocodile steaks. Or you can just lie back on a couch and choose from five analogue and 53 digital TV channels.

How easy is it to meet and mix with South Africans from all communities?

Very easy indeed. Most South Africans speak English, so it is easy to converse with people wherever you go. South Africans are generally open, friendly people who enjoy welcoming visitors.

What about mobile phones and phoning home?

South Africa’s mobile phone operators utilise the GSM system so if your phone is GSM compatible, set up international roaming with your service provider before you leave home. Alternatively, you can rent a phone at the airport on arrival, and use a “pay-as-you-go” (which means exactly what it says) card during your stay.

Fixed line telephones are reliable and dial abroad. The country’s telecommunications operator Telkom, is the 28th largest in the world, and accounts for 39% of the phone lines on the African continent.

Over a dozen years ago, South Africa was known for “apartheid” or white-minority rule. But the country’s remarkable ability to put centuries of racial hatred behind it in favour of reconciliation was widely considered a social “miracle” and inspired similar peace attempts elsewhere, such as Northern Ireland and Rwanda. These days, post-apartheid South Africa has a government comprising all races, and is better known as the “rainbow nation”, a phrase coined by Nobel Peace Prize winner, Archbishop Desmond Tutu.

Are there modern banks?

You can use Visa and Mastercard almost everywhere, and bank by ATM or online. There’s a sophisticated financial sector, abreast of all the latest technological trends. There are 13 commercial and merchant banks, and the Johannesburg Stock Exchange is the world’s 15th largest in terms of market capitalisation.

How far will my money go?

A long, long way. With the exchange rate in your favour, you’ll find South Africa a very inexpensive destination.

The animals alone are reason to visit. One of the world’s first wildlife conservation areas was South Africa’s Kruger Park, more than a century old. Today it is just one part of a single broad conservation area that spans private and public game parks, and even stretches across national borders into neighbouring Mozambique and Zimbabwe. An hour’s drive from such urban jungles as Pretoria and Johannesburg, you can see lions, elephants, buffalo and hundreds more species in their natural environments. South Africa is also a bird watcher’s – paradise.

Will I see the big five?

Maybe. Many reserves have all the big five – lion, leopard, elephant, rhino and buffalo – but it’s not that easy to see them all, particularly leopard. Leopards are nocturnal, secretive and well camouflaged, but there are some reserves where they are easily spotted. However, just being in the bush, seeing tiny animals like ants and frogs and learning the relationship between them, can be even more exciting than a procession of lions and elephants. So, even if you miss out on one or two of the big guys, you’ll still have a great time.

What is the difference between the National Parks and the Private Reserves?

The national parks are administered by South African National Parks which ensures a standardised level of accommodation and facilities.

Park fees are kept to a minimum to enable as many people as possible to enjoy our wonderful natural heritage. The game watching in the private parks is quite often of an equal standard to that of the national parks, but the accommodation is usually far more luxurious, and the service very attentive. Of course, this level of luxury comes at a price, but the private lodges are a good choice if you would like to be pampered.

Where can I see game in a malaria-free area?

Can I visit a game park on my own?

Yes, absolutely. South African National Parks have designed all their parks to cater for the independent traveller, so you can drive in, set up home in your rented chalet, and drive yourself around. However, you may get more out of your stay if you opt to do one or two escorted drives.

Join us on social media to get tips and information for car rental South Africa. We would appreciate a review of your car rental experience.